… is for once something I did NOT ever imagine doing. As a matter of fact, I didn’t even know that was a possible thing to do. I mean, making plarn by cutting up plastic bags, yes. But spinning them? And I  have no idea how I got the idea last night, maybe it was a combination of different youtube videos I watched.

I got out my drop spindle, that once came to me aaaall the way to Germany as a gift from my wonderful mother in law…along with some roving. I must admit, that my attempts did not go very well…not with the roving. Now I brought the spindle back to America. Yesterday, I took the rather crappy piece of spun wool off and attatched some strips of grocery bags that I had cut into strips a while ago, but never really made anything out of them.

There is this funny little feature on youtube, that keeps playing more and more videos when you don’t pay attention. So when I came back with my spindle, I had some very interesting and great video about the ‘Navajo spider women’ playing. Who would have thought, that they have such an important role in the tribe of the Navajo. Seeing those ladies, in the midst of all their sheep, the mountains, all nature, living in those tent-like things, spinning on a spindle very similar to mine to later weave amazing blankets, I felt a little bit weird…

Well, I don’t live in the midst of natue, and I have no sheep. I live in the suburbs, somewhere between Walmart and Save a lot and even if I wanted to, I guess my neighbors wouldn’t be very excited with me having some sheep bah-ing in the backyard 😀

But I do have plastic bags. Lots of them. Even though I try to bring my own bags when grocery shopping, it still happens that I don’t have any when I’m about to check out. So those little things started piling up in a drawer and a cupboard in the kitchen, I actually threw some of them away right after all the groceries were unpacked. Guess this won’t happen anymore in the near future. Actually, my kitchen can be declared plastic bag free as of today. Wohoh!

Here is a picture of my first spinning adventure last night -pretty wild and wonky looking, huh? But I’m getting better. Feeling much more confident working with something that millons of people might be throwing in the trash every day. Compared to pieces of roving, that had to grow over months on a sheep, followed by all the work – cleaning, carding etc. – that is necessary to make it into my hands (and me basically screwing it all up, lol).

I still like crocheting with un-spun plarn way better than the spun srtuff. But once I have a bigger amount of nicely and thin spun plarn, I’ll start experimenting with it. 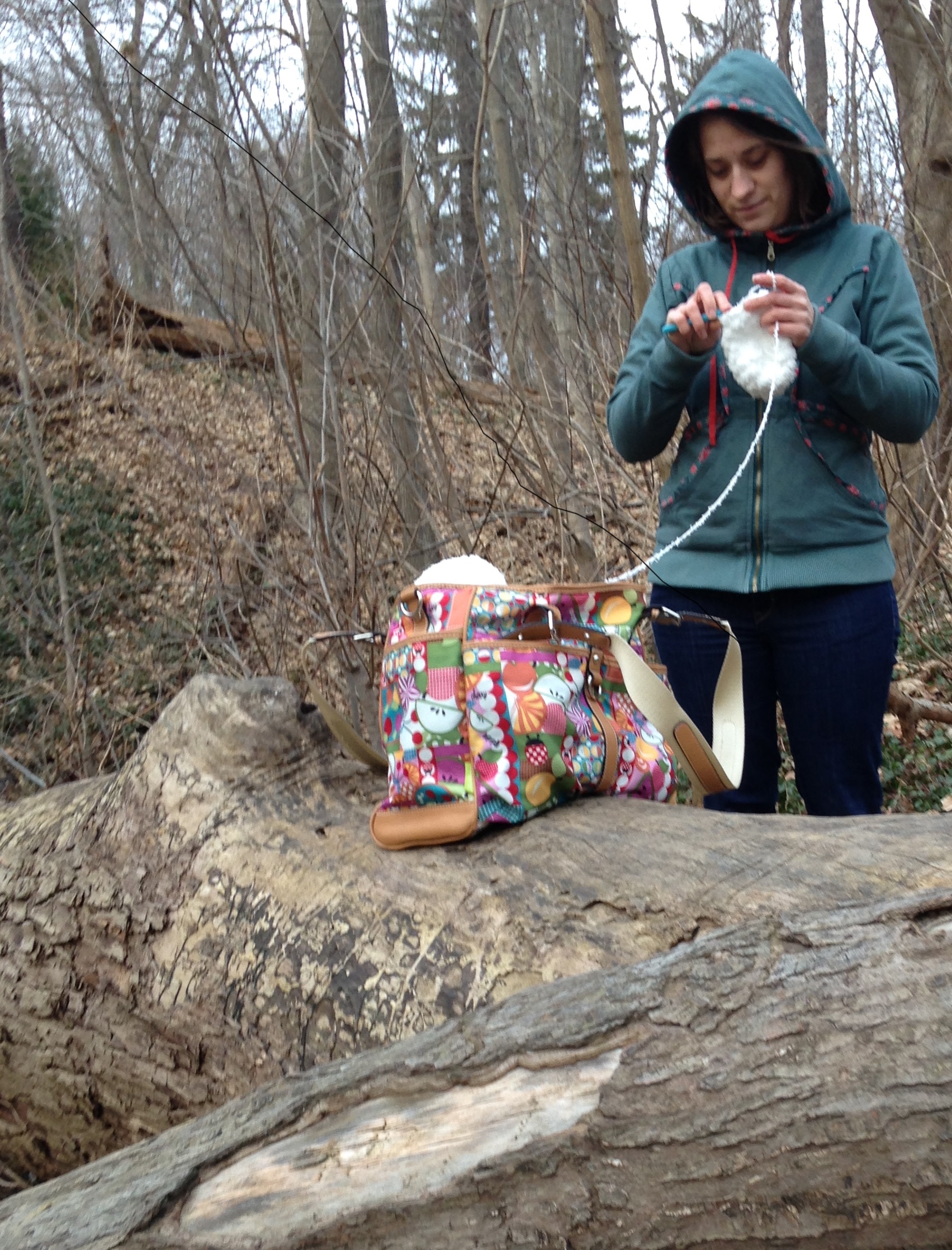